Repetition, difference, and 'A Visit from the Goon Squad' 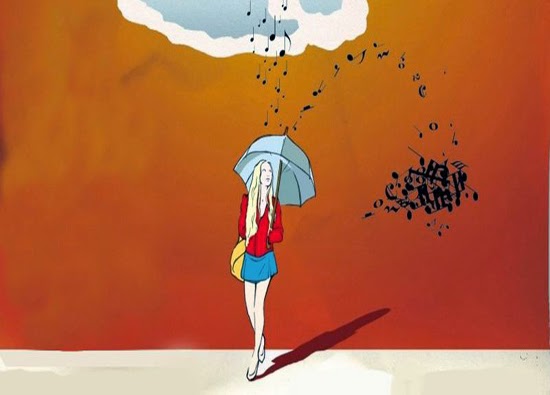 “I make, remake and unmake my concepts along a moving horizon, from an always decentered centre, from an always displaced periphery which repeats and differentiates them (xxi, Deleuze, Repetition and Difference)

Distance between laws and norms.

Life is what happens in those in between moments when you are making plans, or wishing for something better, stronger, more, falling into a heap, losing your way, flaming, flaming, beautifully, irrevocably.

Even though you’ve messed it up a million times. (Oh well.)

“The pause makes you think the song will end. And then the song isn’t really over, so you’re relieved. But then the song does end, because every song ends, obviously, and THAT. TIME. THE.END.IS.FOR. REAL.”

I can tell almost any story about myself and make it true.

“A is when we were both in the band, chasing the same girl. B is now.”

You want to follow each character further than where Egan lets you.

But you are only a tourist.

Children are the future.

“At what precise moment did you tip just slightly out of alignment with the relatively normal life you had been enjoying theretofore, cant infinitesimally to the left or the right and thus embark upon the trajectory that ultimately delivered you to your present whereabouts…”

How did we get here.

Jules stared at the glittering skyline of Lower Manhattan without recognition. “I’m like America,” he said.

Stephanie swung around to look at him, unnerved. “What are you talking  about?” she said. “Are you off your meds?”

“Our hands are dirty,” Jules said.

Email ThisBlogThis!Share to TwitterShare to FacebookShare to Pinterest
Labels: A Visit From the Goon Squad, Books, Jennifer Egan